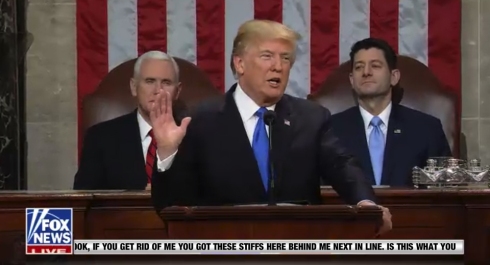 My wife, Kim, and I have not directly been victims of gun violence. The Beltway snipers were indiscriminately shooting people when our sons were very young. Like everyone else in DC, we walked quickly to our cars and avoided being outdoors when we didn’t need to be. Linda Franklin was killed a mile from our house, in the Home Depot parking lot I walked through with my son on my shoulders not a week earlier.

A few years later and farther down the state, Cho Seung-Hui shot and killed 32 people and wounded 17 at Virginia Tech. We consoled the students —children of our friends— we knew who were there. We lamented about how such a troubled young man could fall through the cracks and obtain such powerful weapons after being declared mentally ill and judicially ordered to seek treatment.

Although there have been many gun assaults since and surrounding these events, there was something about the Newtown shooting that struck Kim and me. Maybe it was because most of the victims were 6 and 7 years old; the same age as our youngest child. We don’t know much about lobbying or organizing for change. But we did know a good bit about 6 year olds. It’s such a magical age when so many things seem so interesting and possible. A 6 year old may want to be a veterinarian one day, a ninja the next one, and a banker after that.

Kim wanted to make this short video to show how some real 6 and 7 year olds look, think and play. We understand that there are many reasonable people who feel strongly about gun rights. But reasonable people must also recognize that there’s something wrong with a system that lets things like the Newtown shooting happen.

An ABC/Washington Post poll from March of this year found that 91% agreed that background checks should be extended to gun shows, a figure widely quoted by President Obama “How often do 90 percent of Americans agree on anything?”

This measure failed in the US Senate, due to a Republican filibuster. Since then the support for these checks have slightly waned, but were still supported by 81% of Americans polled.

A recent New York Times article surveys the bills brought before the states since the Newtown shooting and found that there were 109 new gun laws in various stages of approval. Of these, 70 generally loosen existing restrictions.

We don’t need to confiscate guns from law abiding people. We are not advocating that. This is a straw man often put up by opponents of gun control — a minority of Americans, but a very vocal one. We simply feel that a free society will not collapse if there were a few more legal impediments in place to keep lethal weapons out of the hands of profoundly delusional people. And frankly, we are tired of Congress failing to pass common sense gun control measures.