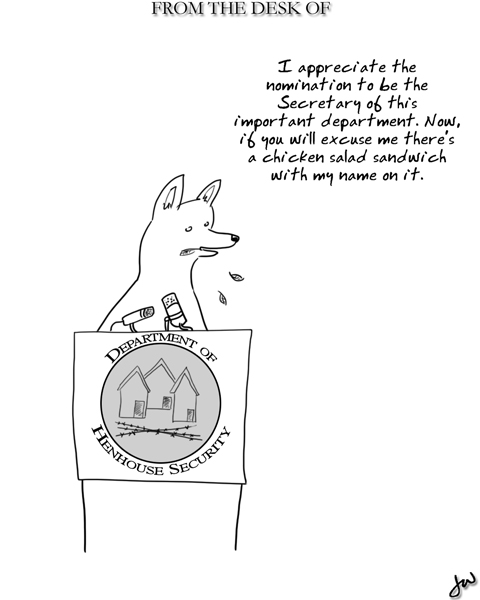 Trompe-l’œil (French for “deceive the eye”, is an art technique that uses realistic imagery to create the optical illusion that the depicted objects exist in three dimensions. 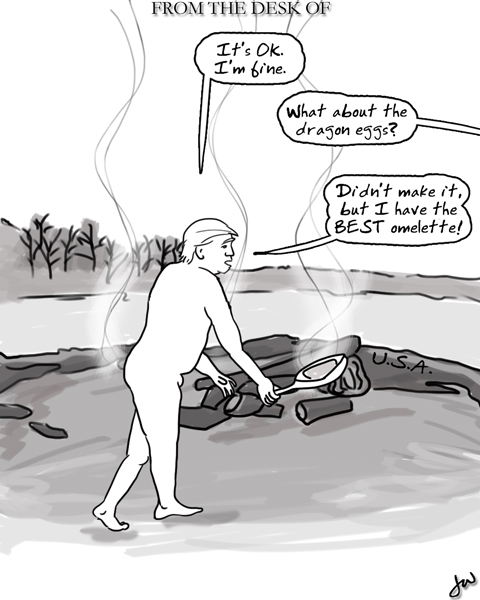 Words of the Day

noun
1. a victory or goal achieved at too great a cost.

Word Origin and History for Pyrrhic victory
1880-85; < Greek Pyrrikós; after a remark attributed by Plutarch to Pyrrhus, who declared, after a costly victory over the Romans, that another similar victory would ruin him

Word Origin and History for kakistocracy
1829, “government by the worst element of a society,” coined on analogy of its opposite,aristocracy, from Greek kakistos “worst,” superlative of kakos “bad” (which perhaps is related to the general IE word for “defecate;”see caco- ) + -cracy.

This is (a sketch of) the cartoon I thought I was going to run. Imagining a very short”honeymoon” period for Hillary Clinton’s presidency. If only I knew it would last about 30 minutes after the first polls closed. 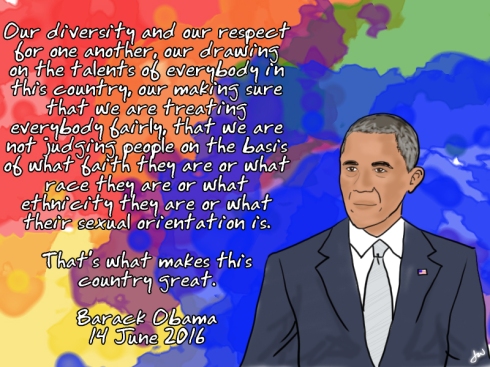 One theory is that Donald Trump is really a humble, self-effacing, and modest guy — he’s just influenced by braggarts in his midst.