The Atlanta airport has an exotic, ethnic place called Moe’s. 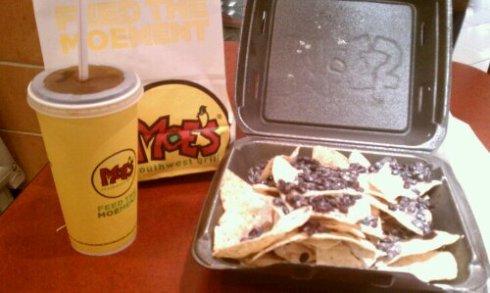 CNN just reported on a plane that crashed had a rough landing here this morning. Everyone at the gate was so relieved that it was a “test” landing and no one was on board. It’s really cloudy here. Couldn’t see the ground until just before we touched down.

It’s always been a dream of mine to take a crowded flight with an adolescent cheer team. Scratch that off the list.

Had a quick bite to eat with my uncle John in San Antonio and we’re off to Austin. 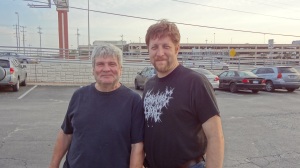 The condo is small but nice. However, it’s a good half hour walk to 6th Street. We end up at the Prefix magazine show and hear the second half of Exitmusic’s set.

New Moods comes on with some very danceable music but they just don’t gel. The keyboard player is very good, the drummer passable and the singer cute. A co-lead, looking a lot like Andy Dick, is annoying and sings way off key.

We grab a slice, see another band (and are reminded that generally the ease of getting in to a club is inversely proportionate to the quality of the band).

This site uses Akismet to reduce spam. Learn how your comment data is processed.